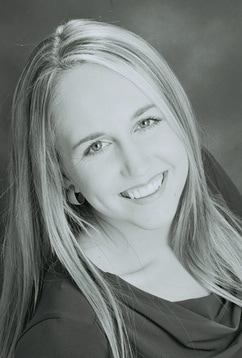 As a composer for film and other media, Christine W. Smith is known for memorable melodies and the ability to craft storytelling through innovative soundscapes and scores. Ms. Smith’s compositional style varies as much as her musical interests. Her scores range from the touching and intimate, as in the award-winning short film, “Broken Lilies” (2019), to the eerie and unsettling in her feature film, “Airtight” (2013). She has also ventured into the supernatural and whimsical in the short animations “A Kitty Tango” (2015) and “A Ghost on Halloween” (2015). As a classically trained pianist, Ms. Smith has deep roots in classical harmony and melodic formation, which, when combined with her passion for advancements in music technology and sound manipulation, create her own unique sound that is both familiar and unique.

Ms. Smith began formally studying piano at age 6.  After learning under concert pianists Adelina Krivoshena and Asya Markova, she continued her studies in Piano Performance at Brigham Young University studying with Dr. Scott Holden. After graduation, she has had the privilege to perform in venues across the country as soloist, accompanist, chamber musician, church musician, band member, and conductor. Ms. Smith learned how to truly love teaching music from her mentor, Julia Cobley, and still teaches a few favorite students in her home studio. Life took an exciting turn when she was asked by RPR Studios to compose an original score for their premier film, Airtight. That experience turned into a decade-long relationship composing music and storytelling through sound with the staff at RPR.

Ms. Smith is the currently serving as Director of Sound and Music/Composer-in-Residence for RPR Studios, and is founding partner of the content development company, Frosted Lens Entertainment. Through her role at RPR Studios, Ms. Smith’s music has been a part of commercial and educational videos, such as the documentary “Saratoga Water Authority” (2021), and fundraising campaigns such as the “Albany Pediatric Center Fundraiser Campaign” (2018) for which she was a finalist in the 2018 Regional ADDY awards.  She is currently the host and editor of the podcast "Musicians vs the World."
Recent Credits
​
​Ms. Smith belongs to a number of music/professional organizations that help her keep up to date with new music and current research: